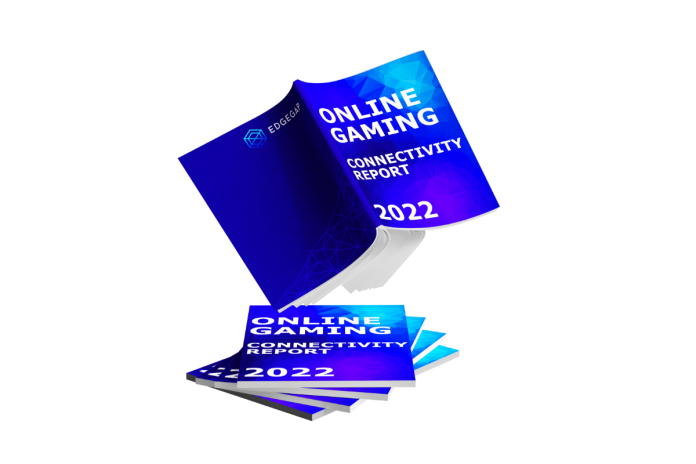 An independent survey by Canadian start-up Edgegap of 2,000 US and UK-based gamers set out to find to what degree issues including latency and lag impact their gaming experience, delivering the first report dedicated to understanding the state of latency in online games

Edgegap, a Canada-based startup and pioneer in edge computing industry & infrastructure automation, today unveiled unique research examining gamers’ experiences and frustrations around online connectivity. The report, Online Gaming Connectivity Report 2022, draws insights from an in-depth survey of 2,000 regular gamers in the UK and USA across console, PC and mobile, asking them to share their top frustrations when it comes to the performance of online games and how they perceive key issues like lag and latency.

Virtually all (97%) of gamers who took the survey had experienced lag at some point, and half (50%) said that lag and latency were their top frustration. More worryingly for game companies was the 51% of respondents who blamed their latency issues on a game’s developers or the company managing the servers, showing that reputational damage is a real risk. Many of the findings suggest that not enough is being done to ensure a smooth gaming experience for many players.

Edgegap partnered with an independent research firm Bryter in order to capture unbiased information from over 2000 gamers based in the UK and USA. The gamers were aged 18-55 and regularly played popular online games like Fortnite, Call of Duty and Minecraft, with a near-even split across PC, mobile and console. The respondents chosen for the research played online games on average for between eight and nine hours every week.

The report also reveals the most frequent ways players responded to latency issues – such as stopping playing, switching games, or shortening their playtime. Game companies could be losing significant revenues because players are switching to different titles due to poor network infrastructure – especially since many games are now built around a games-as-a-service model which relies heavily on different monetisation strategies, like in-game purchases.

“Given this is the first research of its kind, it’s fascinating to finally see tangible data confirm what we’ve always suspected; that even today, lag and latency are ubiquitous issues in gaming,” said Mathieu Dupurré, CEO and Founder of Edgegap. “The data has shown in no uncertain terms that latency issues have a big impact on gamers’ enjoyment and they often simply stop playing when they encounter latency and will blame the gaming companies or service providers. I hope this report serves as a wake-up call to the industry to make a renewed drive to improve their network infrastructure.”

The survey also turned up some interesting disparities across demographics. For example, latency was ranked as more of an issue for female gamers, but they are less likely than male gamers to invest in new hardware to combat the problem. Equally, younger players (18-24) are less likely to invest in new hardware but are more likely to quit a game session compared to their older counterparts.