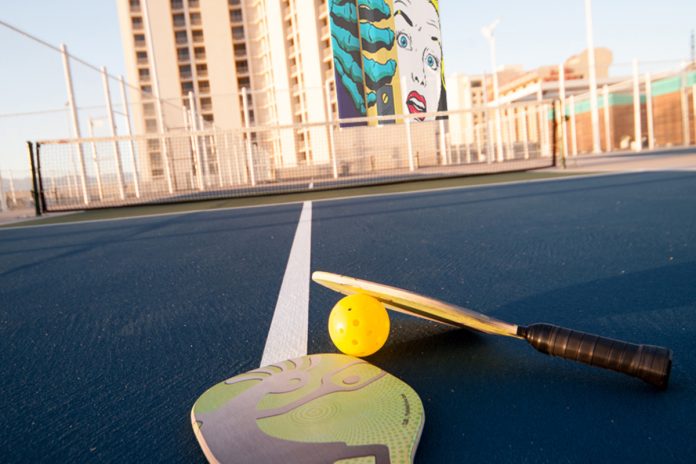 With more pickleball courts than any Las Vegas hotel/casino, the Plaza Hotel & Casino is again the official hotel and title sponsor of the Las Vegas Pickleball Open, set for Sept. 21-25. The tournament will again offer professional players a competitive prize package of $60,000 split between grand prize, silver, and bronze medalists.

Tournament directors expect more than 400 players, both professionals and amateurs, to play in this year’s event on the Plaza’s newly resurfaced tournament level courts. The event will offer men’s, women’s, and mixed amateur doubles matches as well as men’s, women’s, mixed and senior (50-plus) professional doubles matches. Spectators are welcome to watch any of the matches for free.

“The Plaza has built a reputation as a premier pickleball destination. As a result, the Las Vegas Pickleball Open has welcomed hundreds of players from across the globe over the years, and it is very exciting that the event is celebrating its fifth anniversary on our rooftop courts.” said Jonathan Jossel, CEO of the Plaza Hotel & Casino.

A cross between tennis, badminton, and ping pong, pickleball is the fastest growing racquet sport in the U.S., boasting more than three million players – a number that has been growing by more than 10 percent each year over the past decade.