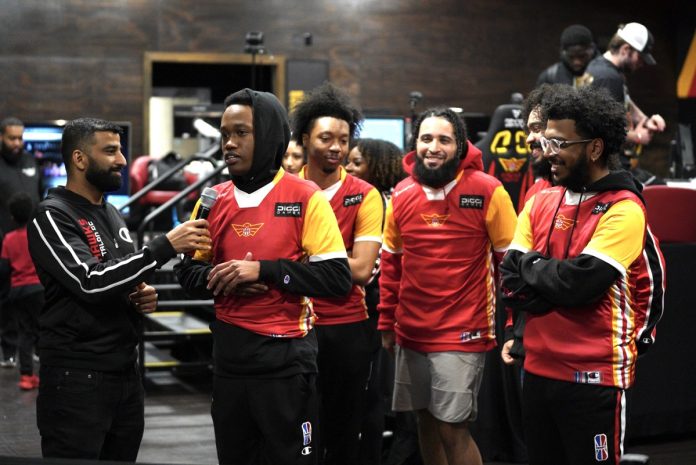 In the first 3v3 in-person regional matchup in NBA 2K League history, Hawks Talon GC defeated Wizards DG by a score of 3-1 in games to 21 as part of the ‘Battle of the Blacktop.’ The games were held at ‘The Lab presented by Diggi Games by Georgia Lottery’, located at the award-winning State Farm Arena in Atlanta on Tuesday evening.

“It is great to be able to host another live event at our home arena,” said Hawks Talon Gaming Director of Esports Wesley Acuff. “There are so many people who have worked hard to pull this off from arena operations to partnerships, and we want to host more esports events in the future.”

In-person matchups had only ever occurred at neutral sites that the league had set up to host games in the past, including regular season and playoff matchups. This game was part of the Seed Weeks portion of the schedule, where teams battle for points to qualify for the NBA 2K League Playoffs in August.

Hawks Talon dropped the first game of the set before turning the ship around and defeating Wizards DG, the back-to-back reigning champions of the NBA 2K League, in three consecutive games to win the matchup. Caesar Martinez (CEEZ) averaged 13.3 points per game in the three victories to help push Hawks Talon Gaming closer to clinching a spot in the NBA 2K League Playoffs.

“I loved our intensity and our teamwork tonight,” said Hawks Talon Gaming Head Coach Ismael Diaz-Tolentino. “It always helps to play in front of our fans. They brought great energy, and we are proud to be 2-0 in front of them. We want to defend The Lab Presented by Diggi Games by Georgia Lottery and make it a a tough place for opponents to play.”