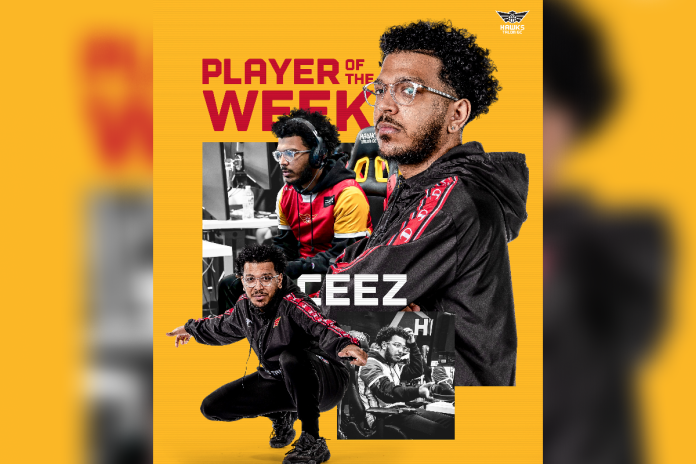 The NBA 2K League announced that Hawks Talon Gaming’s Caesar “CEEZ” Martinez has been named the NBA 2K League Player of the Week for the week of July 17-23. CEEZ is the first player to receive the award twice during 2022, after having received it for games played through May 2-8 as well.  CEEZ led Hawks Talon to an undefeated week during the 3v3 Seed Week portion of the schedule, which secured a spot in the NBA 2K League 3v3 Playoffs in August for Hawks Talon.

On July 19, Hawks Talon Gaming hosted Wizards District Gaming for an in-person showdown at ‘The Lab presented by Diggi Games by Georgia Lottery’ at the award-winning State Farm Arena. Hawks Talon defeated Wizards District, 3-1 behind 43 combined points and 12 assists from CEEZ over the four games. The following day, Hawks Talon Gaming defeated Knicks Gaming, 3-1 behind 63 points and six assists over the four games from Martinez. With the win over Knicks Gaming, Hawks Talon clinched their spot in Indianapolis for the NBA 2K League 3v3 Playoffs in August. In total, CEEZ averaged 13.3 points per game during the week.

“To win this award not once, but twice this season is something I am extremely proud of,” said Martinez. “I could not have done it without my teammates, and I think this award recognizes our team’s success more than anything. I’m glad people are taking notice of what is happening here in Atlanta.”

Martinez, in his second year in the NBA 2K League, was the first Hawks Talon player to receive the award when he won it in May. As the team’s point guard, he has been instrumental in helping the team secure positions in bracket play in Indianapolis for three straight regular season tournaments (Coinbase NBA2KL 3v3 SLAM OPEN, THE TURN powered by AT&T, Coinbase NBA 2KL 3v3 SWITCH OPEN) as well as for this year’s 3v3 NBA 2K League Playoffs in August.

Hawks Talon Gaming will cap off their Seed Weeks schedule with three games this week. Tonight, they will play Magic Gaming at 8 p.m. ET. Wednesday night Hawks Talon will square off with Bucks Gaming at 7 p.m. ET, and they will conclude Seed Weeks with a matchup against T-Wolves Gaming on Friday at 7 p.m. ET.