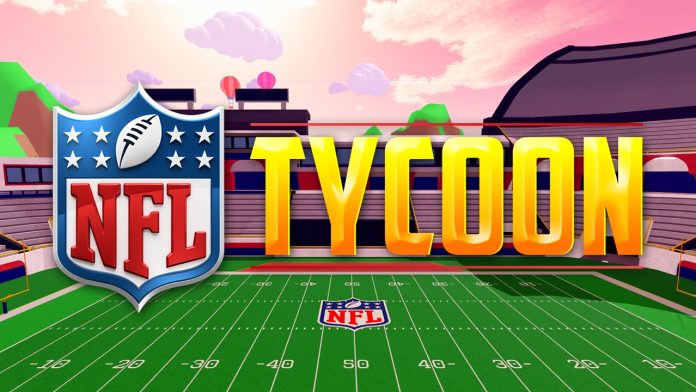 The National Football League and Roblox, announced the launch of NFL Tycoon to engage the next generation of NFL football fans in the Metaverse. The NFL will be the first official major sports league to offer a persistent experience on Roblox, a global platform bringing millions of people together through shared experiences.

“We are beyond thrilled to partner with Roblox as we journey deeper into the Metaverse and continue to learn the value of interactive shared experiences for the NFL,” said Joe Ruggiero, SVP, Consumer Products at the NFL. “We see Roblox as an extension of NFL’s real-life engagement platforms for emerging social connectivity where fans can learn the game and business side of NFL football. This is a new frontier of how fan engagement will evolve for the League, and we are excited to be a part of this dynamic space that will continuously evolve over time with new experiences.”

NFL Tycoon lets fans build, play, and learn in their own NFL-centered world through a combination of the popular tycoon and simulator genres on Roblox where nearly 50 million users are connected daily. Throughout the year, NFL Tycoon will host virtual live events and activations that coincide with the NFL calendar, starting with “Destruction House,” an interactive event inspired by the highly anticipated NFL Super Bowl LVI commercial. Fans will be able to compete against each other to playfully destroy an everyday neighborhood house and unlock and purchase new and limited-edition virtual goods influenced by Super Bowl LVI, the two competing teams, and the NFL. On Super Bowl LVI Sunday, fans can also watch the commercial that inspired the immersive “Destruction House” within the experience.

“Partnering with NFL, a digital innovator, brings more ways for our community to celebrate their fandom,” said Christina Wootton, VP, Global Brand Partnerships at Roblox. “We are excited to see sports and entertainment evolve to bring in fun, authentic and engaging experiences that push the boundaries of creativity and bring fans closer to some of the biggest moments in sports and culture.”

The global Roblox community will also be able to enjoy traditional NFL football gameplay within the experience at certain points throughout the year. Beginning today, NFL Tycoons in the making can try themselves in the role of an NFL team owner, running their own franchise. The experience allows fans to develop custom stadiums, build teams by unboxing card packs that represent fictional players, strategically swap them with other users, and compete in a simulator while climbing the leaderboard that unlocks additional in-experience rewards.

NFL Tycoon including the Destruction House was created in collaboration with MELON, a leading Metaverse development studio, and will launch on February 9. The Super Bowl LVI commercial will air within the experience on February 13. Beyond Super Bowl LVI, NFL Tycoon will offer regular updates and in-game events that will roll out in sync with NFL events and moments.