Home Press Releases TheLines.com:Prop bets a key feature of Super Bowl betting, but not all... 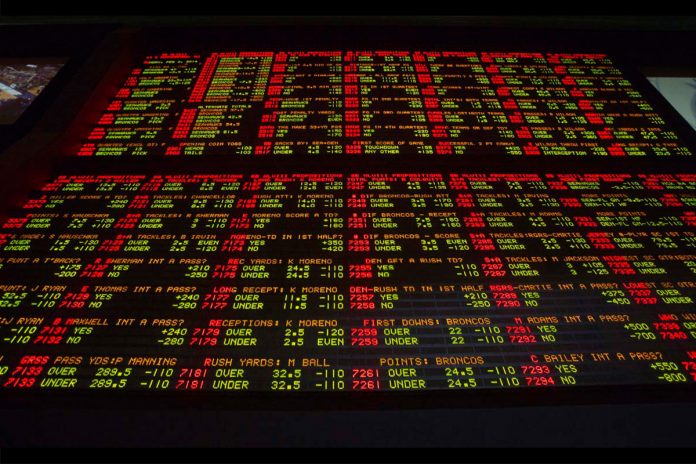 The Super Bowl is the most wagered-on event in America and the betting also goes beyond the outcome of the games and the performances by the players, according to analysts TheLines.com, which tracks odds in the U.S. regulated sports betting market.

With two weeks between the Conference Championships on Jan. 30 and Super Bowl 56 on Feb. 12, prop bets engage and entertain fans before the game and right through the Super Bowl. Proposition bets are games within the game itself and they allow bettors to wager on specific events and matchups. Player props include performance-based bets, including yards, catches, touchdowns and more. They also include time-specific bets, such as who will be the first or last player to score a touchdown. TheLines has a full rundown of prop bets and strategy.

Popular non-football action prop bets for the Super Bowl include the outcome of the opening coin flip, the color of the Gatorade bath that the winning coach will receive, and the length of the pre-game National Anthem performance and halftime show.

The halftime show in particular has received much attention, with a star-studded lineup featuring Eminem, Dr. Dre, Mary. J Blige, Snoop Dogg, and Kendrick Lamar. But TheLines’ Nicole Russo explains that betting on the length of these performances is not legal in the U.S.

“There’s even a prop on whether Snoop will smoke during the show,” Russo said. “But those odds are not offered by a legal and regulated online sportsbook. Currently, no legal betting jurisdiction in the U.S. allows sportsbooks to offer odds on the halftime show. The odds you see listed are from offshore sportsbooks, which are not governed by the same rules and standards that regulated sportsbooks have to abide by to keep your information and money safe.”

Often, the winning coach is doused with a tub of Gatorade immediately after the game and bettors can bet on what color of the electrolyte sports drink will be. Super Bowl Gatorade odds have not yet been posted by sportsbooks, but will be available soon. Expect orange and blue to be the favorite this year, according to TheLines’ Matt Burke.

“Gatorade shower odds are typically determined by the likelihood that the drink will match the team colors,” said Burke. “With the Cincinnati Bengals in Super Bowl LVI, expect orange to be one of the favorites. Orange typically finds itself atop Gatorade color odds boards even when a non-orange team makes it to the NFL’s final stage. Blue is another all-time popular color, and the LA Rams could certainly wind up using it in one of their buckets.”

It’s important to note that these options aren’t available in every state. Check with your local operators.

As for the game itself, the Rams are now favored by 4.5 points to beat the Bengals in the Super Bowl on Feb. 12. The line has nudged up a half-point since opening at Rams -4 on Jan. 30. The over/under total remains at its opening number 49.5 points, according to a consensus of the nation’s largest legal online sportsbooks — including DraftKings, FanDuel, BetMGM, BetRivers, Caesars, and PointsBet.

The consensus point spreads for the Super Bowl, as of Feb. 4:

LIV GOLF IS HERE, BUT CAN YOU BET ON IT?

TheLines.com: Travon Walker the favorite to go No. 1 in NFL Draft