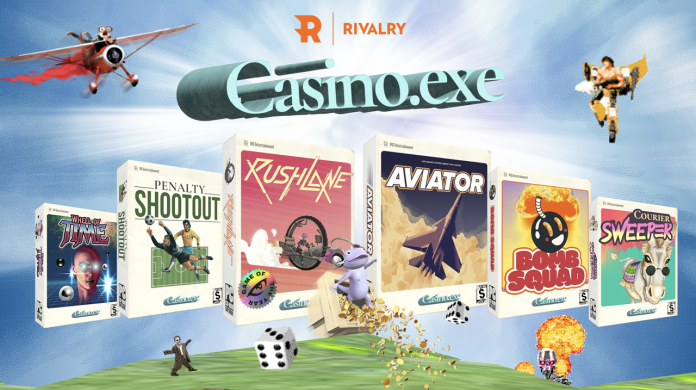 “Our technology and creative capabilities continue to drive meaningful opportunities across our business where we can innovate on product and ultimately reimagine the betting experience for a younger audience that craves interactive entertainment,” said Steven Salz, CEO & Co-founder, Rivalry. “The launch of Casino.exe will allow us to further diversify our offering in a way that stays true to our brand and separates our product from others. As we scale thoughtfully into the casino segment, we’ll reduce the impact of seasonality in esports, increase customer value, and offer more stable margin profiles.”

The launch of Casino.exe follows the successful debut of Rivalry’s first-ever casino game Aviator, which generated more than 10% of the Company’s revenue in Q31 with zero marketing spend since its soft launch in July. The in-house created casino interface will additionally provide the Company with greater control over the user experience, which it will expand over time as it adds new game titles and features.

“Much of Rivalry’s success is rooted in our ability to tap into the cultural zeitgeist of our audience whose average age is 25,” stated David King, Senior Manager of Product Design, Rivalry. “Casino.exe completely redefines the traditional casino experience and puts a thoughtful and entertaining spin on it using a visual expression that our community has a shared reverence for.”

Casino.exe is a virtual interface where customers can play Rivalry’s suite of third-party casino and originally developed games in an interactive online environment. Casino.exe allows customers to power on a vintage PC and engage with a variety of visual and functional features, including a retro operating system, desktop icons and wallpapers, functional MP3 player, custom game box art, and more to create an entertaining experience for users.

Rivalry’s deepened casino offering is the first step toward a more elaborate expansion into the segment, including launching in new markets, adding additional casino games developed in-house, and further innovating the casino experience for a generation of bettors born on the internet.

The casino offering is available online in markets operating under the Company’s Isle of Man license, with a launch in Ontario expected to follow in the coming months.