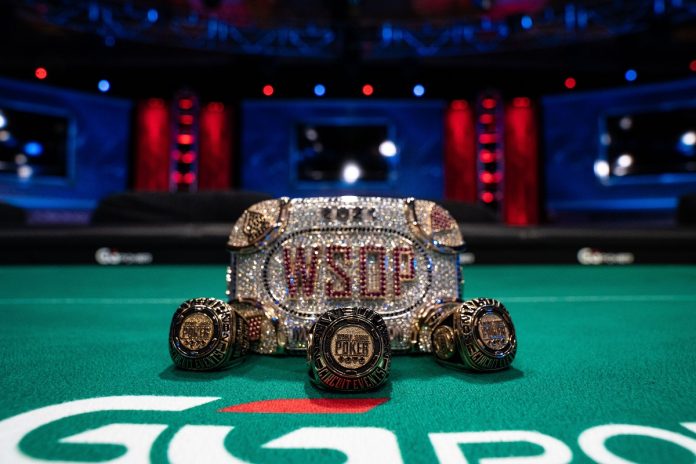 WHAT: The World Series of Poker makes its highly anticipated debut on the Las Vegas Strip inside Bally’s and Paris Las Vegas on Tuesday, May 31 with an exciting Shuffle Up and Deal moment featuring television star and restaurateur Lisa Vanderpump.

Vanderpump, who recently opened her Parisian-inspired restaurant, Vanderpump à Paris at Paris Las Vegas, will officially kick off the biggest and best WSOP tournament ever with a Shuffle Up and Deal moment at the WSOP Team Member Tournament. Following the Shuffle Up and Deal, interview opportunities will be available with World Series of Poker Senior Vice President, Ty Stewart and Vice President, Jack Effel.

Media are invited to cover the event for photo and video opportunities of this exciting moment and interviews. All interview requests must be submitted and approved in advance.

WHO: Ty Stewart, Senior Vice President of the World Series of Poker

Jack Effel, Vice President of the World Series of Poker

2022 WORLD SERIES OF POKER® IN REVIEW: WEEK FOUR HIGHLIGHTS AND WHAT TO LOOK FORWARD TO

2022 WSOP in Review: Week One Highlights and What to Look Forward To