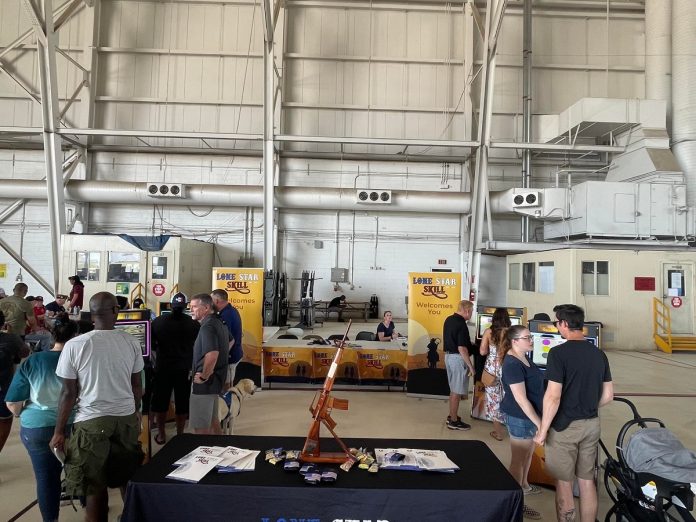 Pace-O-Matic, an industry leader in producing exciting skill game software, today was proud to be the primary sponsor of the U.S. Air Force 433rd Airlift Wing’s “Wing Family Day.” The event offered family-friendly activities in appreciation of the families of the 433rd Airlift Wing. In supporting the event, Pace-O-Matic President and Chief Operating Officer Paul Goldean offered the following statement.

“I am honored that Pace-O-Matic was able to sponsor the 433rd Airlift Wing’s Family Day. As a former squad leader in the U.S. Army’s 1st Battalion 75th Ranger Regiment, I understand firsthand the sacrifice military families collectively make in service to our country. Family-friendly events like this illustrate exactly why we serve and what makes our nation exceptional, and I am proud that Pace-O-Matic was able to play a small part.”

An estimated 3,000 to 4,000 military personnel and their families attended today’s event along with civic leaders in Bexar County. The event included food and drink, music, kickball and volleyball tournaments, and other festival-type activities. Pace-O-Matic also had their skill game terminals on-site.

Pace-O-Matic is a national distributor of software for skill games that has recently begun operating in Texas. Unlike chance gambling devices like slot machines, skill games can be won every time if the player uses mental skill and patience. Pace-O-Matic’s skill games typically operate in locally owned small businesses such as bars, restaurants and convenience stores, along with fraternal organizations and veteran groups.

Revenue from Pace-O-Matic’s skill games has been critical to the small businesses who operate them, which has led to hiring more employees, higher wages, health benefits and making critical improvements to their locations and supporting charitable organizations in their communities.

Pace-O-Matic is committed to being a good corporate citizen. Each year, the company gives both money and volunteer hours to local families and organizations to help strengthen the many communities it serves.