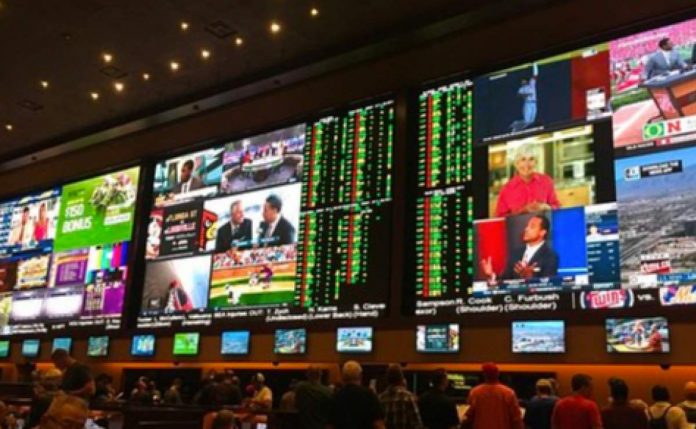 Colorado officials confirmed Tuesday that sports betting volume dropped in April, a product of seasonal pressures that will likely slow the state’s sportsbooks until football season, according to PlayColorado, which tracks the state’s regulated sports betting market. But as sports betting in the state turned 1, a modest decline hardly dampens the outlook for a state poised for more growth in Year 2.

“In U.S. sports betting, there isn’t any real substitute for the popularity of the NFL or the NCAA Tournament,” said Ian St. Clair, analyst for PlayColorado.com. “But even with a monthly decline in wagering, Colorado continues to fare well compared with similarly sized states. The circumstances now are radically different from last year’s pandemic-plagued launch, and there is reason to believe that the state will be back to full speed once football returns.”

Colorado’s online and retail sportsbooks took in $244.5 million in April, down 18.8% from $300.1 million in bets in March, according to data released Tuesday afternoon by the Colorado Division of Gaming. The state’s official tally is slightly less than the unaudited data that was reported by the Division of Gaming earlier this month.

Bettors placed $8.1 million bets per day in April, down from $9.7 million per day in March. Those bets led to $17.6 million in gross gaming revenue, down 13.8% from $20.4 million in March. Promotional credits worth $6.4 million whittled net sports betting proceeds to $10.5 million, yielding $1.1 million in tax revenue.

“The outlying metric continues to be the state’s take, which may yet need to be adjusted to ensure that the industry is working for every stakeholder,” said Jessica Welman, analyst for PlayColorado. “Still, considering the circumstances of its launch, the first year of sports betting in Colorado was a success.”

A drop in wagering was to be expected with the lighter sports schedule. Every state with legal sports betting has reported a month-over-month decline in April wagering. Of the largest sports betting markets in the U.S. that have already reported April data, Indiana (-25.4%), Iowa (-26.7%), and Michigan (-30.5%) all experienced a more dramatic month-over-month decline than Colorado, though New Jersey (-13%), Tennessee (-13.6%), and Pennsylvania (-14.4%) were modestly better.

The NBA remained king in April, which has been the case in most markets. Betting reached $84.3 million, down from $106.9 million in March. Baseball betting in the season’s first month was second with $48.3 million, a total likely dampened by the struggles of the Colorado Rockies. The Colorado Avalanche propelled hockey betting to No. 3, with $10.6 million, while table tennis ($9 million) continued to show atypical popularity.

“Colorado’s unique mix of betting interests does help flatten some of the seasonal swings that some other major markets experience,” St. Clair said. “If the Nuggets and Avalanche can make deep playoff runs and the Olympics pique interest, Colorado stands a good chance of avoiding the worst of the typical summer swoon.”

For more information and analysis on regulated sports betting in Colorado, visit PlayColorado.com/news.

About the PlayUSA.com Network:
The PlayUSA.com Network is a leading source for news, analysis, and research related to the market for regulated online gaming in the United States. With a presence in over a dozen states, PlayUSA.com and its state-focused branches (including PlayColorado.com, PlayIndiana.com, and PlayNJ.com) produce daily original reporting, publish in-depth research, and offer player advocacy tools related to the advancement of safe, licensed, and legal online gaming options for consumers. Based in Las Vegas, the PlayUSA Network is independently owned and operated, with no affiliations to any casino — commercial, tribal, online, or otherwise.