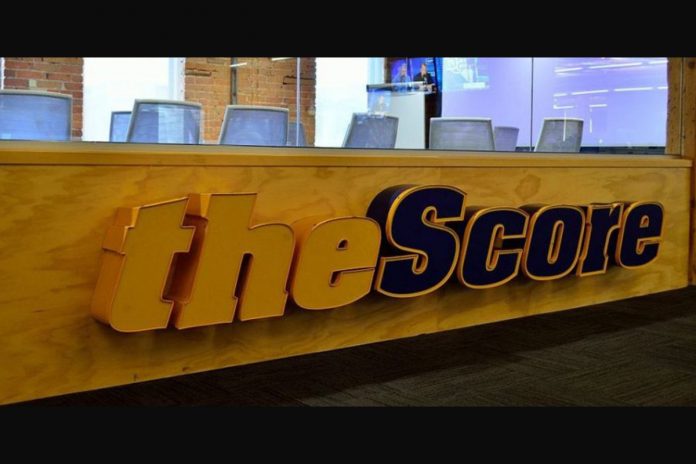 “We achieved record gaming handle and another quarter of solid media revenue growth in our fiscal 2021 second quarter. The strong second quarter results highlight theScore’s ongoing momentum and our users’ active, growing engagement with our mobile offerings,” said John Levy, Chairman and CEO of theScore. “Second quarter handle of $81.6 million on theScore Bet grew 491% year-over-year and 46% over the first quarter. We also recorded our highest-ever second quarter media revenue, with 17% year-over-year growth driven by our compelling content as well as our outstanding North American reach and audience engagement.

“Following the launch of theScore Bet in Iowa in mid-February, our mobile sports betting platform is now live in four states as our market rollout continues on schedule. We’re successfully building our user base and leveraging our media audience, while simultaneously welcoming new users to our platform as demonstrated by the year-over-year and quarterly sequential increases in gaming handle this quarter, including a nearly 200% increase in our New Jersey handle compared to the year-ago period. Through our recent agreement with Caesars Entertainment we now have sports betting market access in Illinois, the sixth most populous U.S. state.

“During the second quarter, we raised US$186.3 million of gross proceeds through our U.S. initial public offering which we intend to deploy towards the ongoing build out of our industry-unique integrated sports betting and media technology platform. The new capital provides additional resources to further execute on our strategies to integrate sports betting and content to drive deep user engagement and expand our market access. We will continue to enhance our media and betting ecosystem through investments in technology to further develop user personalization, unique betting offerings, and in-game prop bets, which are expected to be a significant driver of U.S. sports betting growth. At the same time, we are working to expand our access into new U.S. states while continuing our preparations for the anticipated legalization of single-game sports wagering in Canada.

“We are very encouraged by the recent momentum in support of Bill C-218, which would legalize single-game sports betting in Canada. Our popular brand and dominant Canadian market position will enable theScore to participate as a market leader in what is expected to be a very large addressable market, including in our home province of Ontario.

“Our unique combination of media and betting is a powerful differentiator in a growing marketplace. We intend to leverage our position as the only digital sports media company in North America that operates a sports betting platform to further grow our U.S. business and capture meaningful market share in Canada when the market opens. With our fully integrated sports media and betting experience and technology focus, we are perfectly positioned to efficiently acquire and engage new customers while driving strong customer loyalty and attractive margins which will help drive the long-term enhancement of shareholder value.”

Total Q2 F2021 gaming handle [1] on theScore Bet grew 491% year-over-year, reaching a record $81.6 million in the quarter.
Handle was up 46% compared to Q1 F2021.
Q2 New Jersey gaming handle grew 195% year-over-year.
Media revenue increased 17% year-over-year to $8 million, a second-quarter record.
In March, theScore completed a U.S. initial public offering and listed on the Nasdaq Global Select Market.
6.9 million Class A Shares were sold by the Company at US$27.00 per share, resulting in gross proceeds of US$186.3 million.
Prior to the U.S. public listing, the Company consolidated its outstanding Class A Shares on the basis of one new Class A Share for every ten outstanding Class A Shares; it also consolidated its special voting shares at the same ratio.
theScore Bet launched in Iowa in February, bringing the Company’s base of live U.S. sports betting states to four.
In March, the Company entered into an Illinois market access agreement with Caesars Entertainment for mobile sports betting.
In March, theScore Bet became an official betting operator of the PGA TOUR. The content and marketing relationship also makes theScore Bet the TOUR’s first official betting operator in Canada, pending the enactment of enabling legislation and regulation and receipt of all necessary regulatory approvals.
In December, the Company’s esports platforms served as the exclusive English language broadcast partner for the League of Legends’ Demacia Championship in China.
Audience Metrics

Gaming handle [1] was $81.6 million and gross gaming revenue [2] was $0.4 million in Q2 F2021. When taking into account promotional costs and fair value adjustments on unsettled bets, this resulted in negative net gaming revenue [3] of $2.4 million.

EBITDA loss in Q2 F2021 was $12.9 million compared to an EBITDA loss of $8.6 million for the same period last year. This was primarily the result of additional expenses incurred in connection with the ongoing expansion of the Company’s gaming operations and costs and professional service fees related to the recently completed U.S. initial public offering.

The Company reports its financial results in Canadian dollars, unless otherwise indicated. Our unaudited condensed consolidated interim financial statements, accompanying notes, and Management’s Discussion & Analysis for the three and six months ended February 28, 2021 are prepared in accordance with International Financial Reporting Standards (“IFRS”) and are available on the Company’s Investor Relations page.