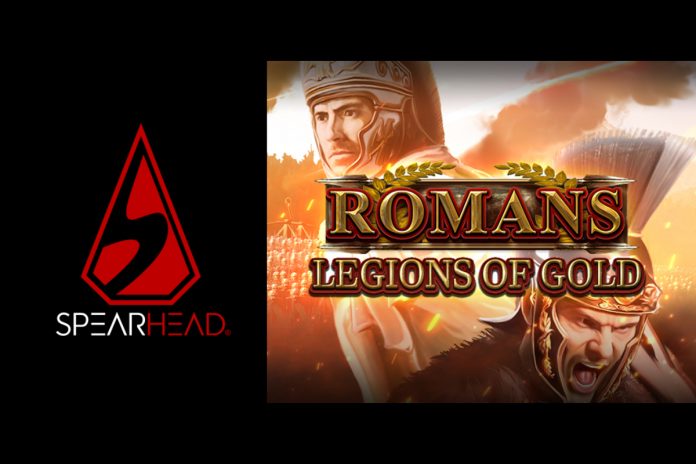 Packed with exciting features, Romans – Legion of Gold uses a “ways” mechanic and varying reel size, which players can enjoy in up to 20,160 different ways. The scatters trigger free spins in which the two highest-paying symbols progressively become wilds on each reel at a time. Players who re-trigger free spins will enjoy a glorious win as impressive as the armies of Rome.

Kevin Corti, Game Development Director at Spearhead Studios, says: “Romans – Legion of Gold is the third title of the Spring, after the sequel to our blockbuster Lara Jones is Cleopatra II and Wild Gold. I am positive that players will enjoy the many features we have created for their entertainment. While we continue to produce high-quality slots, we are also working on other types of games, such as Poker and Bingo, which are set to be released this year. Overall, 2021 is packed with fantastic new games.”

Producing Local Games for Local Markets, the developer is authorised to provide its content across Latin America and Europe, including in the competitive U.K. market, with plans to expand in the U.S. in the upcoming months.

EveryMatrix signs deal with 888casino for the U.S. market