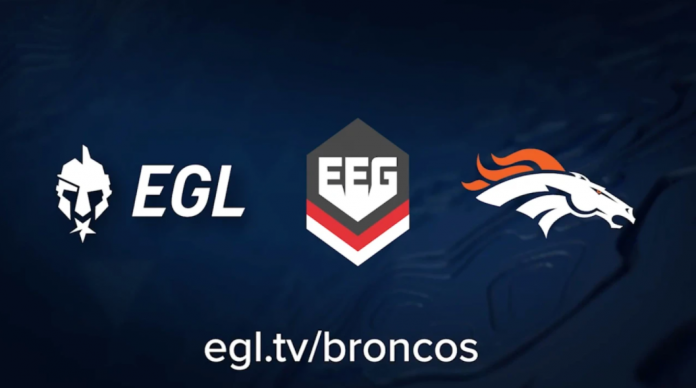 The Denver Broncos have selected Esports Entertainment Group, Inc. to be the team’s esports tournament provider, it was announced on Thursday. As part of the multi-year agreement, the Company will operate esports tournaments for the Broncos utilizing its Esports Gaming League (“EGL”) platform.

“We are quickly becoming the go-to solutions provider for the esports programs of major sports franchises,” Grant Johnson, CEO of Esports Entertainment Group, said. “We are excited to add the Broncos to our growing roster of top-tier professional sports organizations and look forward to helping the team strengthen connections and engagement with their loyal fans.”

As a proud partner of the Broncos, Esports Entertainment Group will leverage player imagery within the Broncos local market. They will also work with Broncos players to create custom videos that will promote the tournaments and be featured in the Broncos extensive ongoing digital marketing efforts spanning social, email, mobile, and online channels.

“The rising popularity of esports has led to the launch of high school and college esports programs across Colorado,” Brady Kellogg, Broncos Senior Vice President of Corporate Partnerships, said. “Partnering with Esports Entertainment Group will provide us with the platform to deepen and increase engagement with our fans. We look forward to a mutually rewarding relationship, featuring exciting tournaments at Empower Field at Mile High and unique interactions with Broncos players.”

“The Broncos, like other top teams in the NFL, NHL, and more, recognize the quality of our robust platform and its ability to meet the demanding needs of large-scale deployments,” Magnus Leppäniemi, EVP Esports at Esports Entertainment Group, said. “We look forward to increasing our penetration of this exciting high-profile segment in the months ahead.”

Esports Entertainment Group Appoints Kaitesi Munroe to Board of Directors