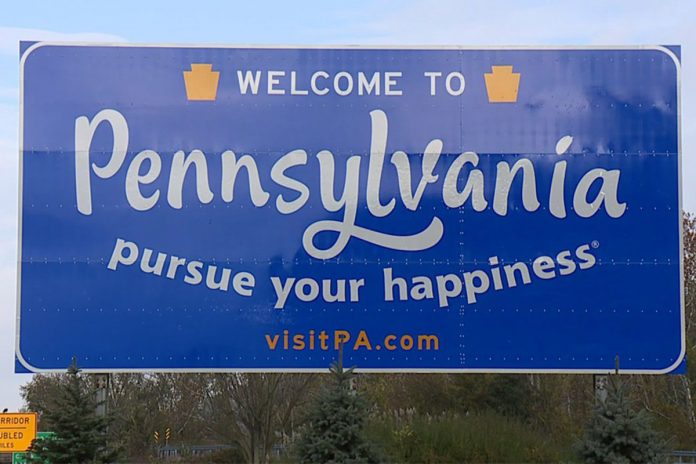 Pennsylvania’s sportsbooks produced their second-best monthly handle ever and set a new revenue mark in November. But November’s results still missed the state’s record set in October, a surprising result considering neighboring New Jersey catapulted to an all-jurisdiction record in the same month, according to PlayPennsylvania analysts.

“So much has worked in favor of Pennsylvania’s online sportsbooks this fall, but a lack of NBA, NHL, and college basketball games, along with the struggles of Penn State, an Eagles bye week, and a Steelers game postponed to December, conspired to slow bettors in November,” said Dustin Gouker, lead analyst at PlayPennsylvania.com. “With record revenue and the second-best handle in state history, it was still a great month for the industry. And I suspect that Pennsylvania will be back to setting record handles again in December.”

Pennsylvania’s online and retail sportsbooks reached $491.9 million in November, according to official data released Thursday. November’s wagers were up 35.7% from $316.5 million in November 2019 but fell short of the $525.8 million record set in October.

Operator revenue before adjustments was particularly strong, reaching a record $48.5 million in November despite taking in less in wagers. That topped the former record of $47.8 million set in October and was up 235.8% from $17.5 million in November 2019. November revenue yielded $12.7 million in state taxes and another $747,005 in local share assessments.

Only New Jersey, which shattered the all-jurisdiction record with $931 million in November wagers, and Nevada have ever posted a more lucrative month. But the gap between Pennsylvania and New Jersey, the nation’s largest market, widened in November after the Garden State accepted $931.6 million in wagers

“November’s results show that each state is different in what are unprecedented times, and the relatively high win rate by sportsbooks may have dissuaded some bettors,” said Valerie Cross, analyst at PlayPennsylvania.com. “Ultimately, though, record revenues are particularly important for the industry and for the state, which is relying on online gaming revenue more than ever.”

Online betting accounted for 91%, or $447.4 million, of the state’s handle in November, which is up from 89.8% in October. FanDuel Sportsbook/Valley Forge Casino remained the market leader with $176.7 million in online bets, down 2.3% from $181 million wagered in October. Those bets produced $15.1 million in taxable revenue, up from $14.7 million in October.

“The Barstool app has been successful in shaking up the market, becoming the first online operator to legitimately challenge the stranglehold that FanDuel and DraftKings have had on Pennsylvania’s market,” Gouker said. “What the Penn National/Barstool partnership has done has not only altered the Keystone State, but it has served notice in other jurisdictions that it is indeed a force to be reckoned with.”

The leaders were followed by:

Online casinos and poker rooms continued their hot streak, narrowly hitting another high in November with $59.77 million in gross operator revenue, or $2 million per day, over the 30 days of November. That was up from the record $59.76 million, or $1.9 million per day, produced over the 31 days of October.

State and local governments were a big winner, too, receiving $16.2 million in state taxes from online casino and poker revenue and another $3.2 million in local share assessments from November’s revenue.

“Online casinos have become one of Pennsylvania’s most reliable revenue streams,” Cross said. “As winter takes hold and retail casinos closed, the best months for online casinos are almost assuredly yet to come.”

About the PlayUSA.com Network:
The PlayUSA.com Network is a leading source for news, analysis, and research related to the market for regulated online gaming in the United States. With a presence in over a dozen states, PlayUSA.com and its state-focused branches produce daily original reporting, publish in-depth research, and offer player advocacy tools related to the advancement of safe, licensed, and legal online gaming options for consumers. Based in Las Vegas, the PlayUSA Network is independently owned and operated, with no affiliations to any casino — commercial, tribal, online, or otherwise.

Pennsylvania Sportsbooks Join Elite Club with $462.8 Million in September, According to PlayPennsylvania

Pennsylvania Sportsbooks Up, But Still Lost Out $275 Million, While Online Casinos Surge, According to PlayPennsylvania