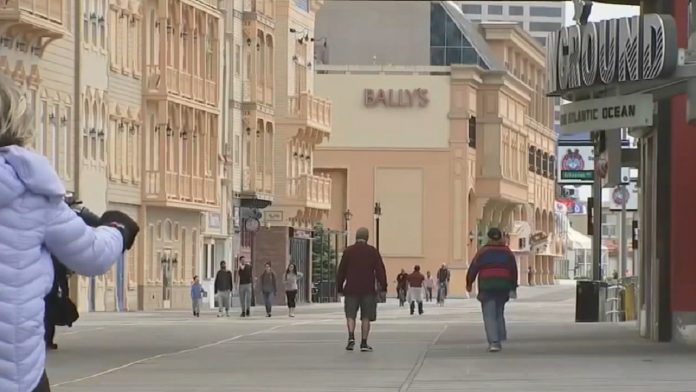 New Jersey’s sportsbooks used the return of major sports to catapult to the best month in the history of any legal jurisdiction. And in generating nearly $670 million in August wagers, New Jersey surpassed $8 billion in sports bets since launching in June 2018 and again staked its position as the largest and most dependable U.S. market, according to PlayNJ.

“A full schedule of baseball, basketball, and hockey was enough to unleash an avalanche of pent-up demand,” said Dustin Gouker, lead analyst for PlayNJ.com. “New Jersey’s sports betting market has proven resilient since the pandemic began, drawing more bettor interest since March than any other U.S. jurisdiction. With major sports back on the board, though, the state’s sportsbooks are showing shocking strength.”

New Jersey’s online and retail sportsbooks collected a record $667.98 million in wagers in August, up 112% from $315.1 million in July, according to official reporting released Monday. That bettered Nevada’s all-jurisdiction record of $614.1 million set in November 2019.

August’s handle was up 127.5% from $293.6 million in August 2019 and blew past the state record $562.7 million handle set in November. With August’s bets, New Jersey sportsbooks have collected $8.4 billion in wagers since the industry launched.

“New Jersey’s robust and mature online market is a clear advantage over every other jurisdiction, including Nevada, which relies more on in-person betting,” said Eric Ramsey, analyst for PlayNJ. “A full schedule of major sports in August, generating huge interest, has only highlighted the fact that New Jersey is better positioned to withstand the challenges of the pandemic.”

“The top online brands in the state, including FanDuel and DraftKings, are pouring money into advertising, which is a theme that can be seen across most legal jurisdictions,” Gouker said. “The brands are jockeying for market share now that sports have returned. The end result of that fierce competition will benefit bettors as products and promotions improve.”

August marked the fifth consecutive month that online casinos and poker have topped at least $80 million. Year-to-date, online gambling has generated $597.98 million and is on pace to more than double the $482.7 million in revenue produced in all of 2019.

“New Jersey’s online casino market appears to have set a new floor as it continues to fare well even as casinos reopen in Atlantic City,” Ramsey said. “As people were forced to stay home, they were introduced to these online gambling products. And many of those gamblers apparently liked what they found. I am not sure the online market will ever return to pre-pandemic levels.”

About the PlayUSA.com Network:

The PlayUSA.com Network and its state-focused branches is a leading source for news, analysis, and research related to the market for regulated online gaming in the U.S.