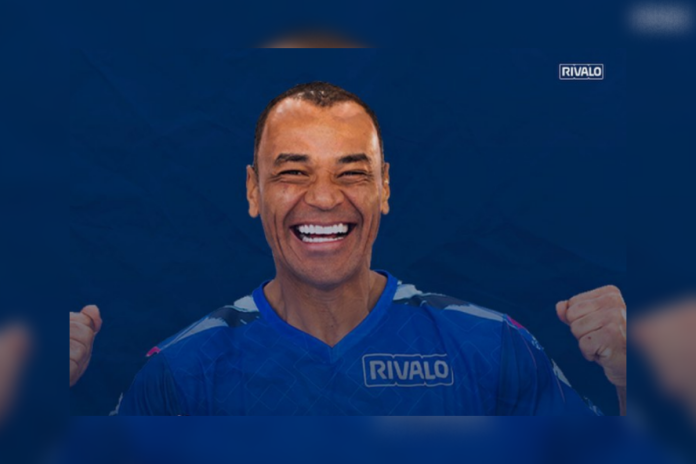 Rivalo, a leading company in the sports betting segment, is celebrating seven years of operations in the Brazilian market. With such a representative date for the company and its entire team, the house is planning a series of special activities to share this party with its players.

Aiming at a better player experience, the site was completely revamped, becoming more modern, clean, responsive, complete and full of news, which will provide greater emotion to the player, whether in sports betting or online casino games.

Another incredible action will be to meet and participate in a barbecue at the home of the captain of the five-time world championship of the Brazilian team, Cafu. This should be an unforgettable experience for a Rivalo player, like everything his team in Brazil is experiencing as it celebrates its seventh anniversary in the country.

Rivalo is launching the ‘Barbecue with the Captain Promotion’. The company will take a lucky customer with the right to a companion for a barbecue at the house of former football player and current partner of Rivalo, Cafu. The winner of the promotion and his guest will even be able to hit a ball with the ace, in São Paulo. And the best, with everything paid!

The bookmaker’s objective is to share the enthusiasm for reaching such an expressive period of performance in Brazil with its players, in addition to strengthening the relationship with the fans in a ‘warm up for the World Cup’. After all, the big winner of the action will have the chance to meet the last Brazilian to lift the world champion cup!

How to compete for Barbecue with the Captain of Penta?

Without a doubt, this is too amazing an experience to miss, isn’t it? So, the Rivalo customer needs to meet some simple requirements to compete for ‘Barbecue with the Captain’:

– Each bet of at least R$50 represents a coupon for the draw;

In a note, Rivalo reinforced that “we want to provide an unforgettable day for our customers with a partner (Cafu), who perfectly represents the concepts defended by our brand. This is also a way of showing how much we value and always seek to offer first-class experiences to our customers in Brazil, a country that has welcomed us so well over the last seven years.”

In all, Rivalo will feature 20 players with special prizes, in addition to a special trip to São Paulo with everything paid for and with the right to participate in the barbecue with the former side of the Brazilian team.

The draw is scheduled to take place on October 3, in a live on the bookmaker’s profile on Instagram.m.

1st prize: a trip with everything paid for and right to take a companion to São Paulo to participate in the captain’s barbecue and two shirts autographed by Cafu;

2nd to 10th: shirts of the Brazilian team autographed by Cafu;

Rivalo promises to give even more customers throughout the celebrations of its seven years in Brazil. Therefore, the brand is planning sensational news to stir the public in this period that precedes the biggest sporting event on the planet, the World Cup.

In addition to Barbecue at Casa do Cafu, Rivalo will also hold a raffle for autographed shirts, an innovative campaign with digital influencers, launch of its new website, free bets and free spins promotions, bonus combi, new video content and street activations. from Rio de Janeiro and Recife.

Pragmatic Play Launches Its Content with Chutbet in Brazil

PIXBET at the World Cup: Bookmaker signs partnership with Grupo Globo for the Qatar World Cup