Home Compliance Updates At $300 Million, This is Expected to be California’s Most Expensive Ballot... 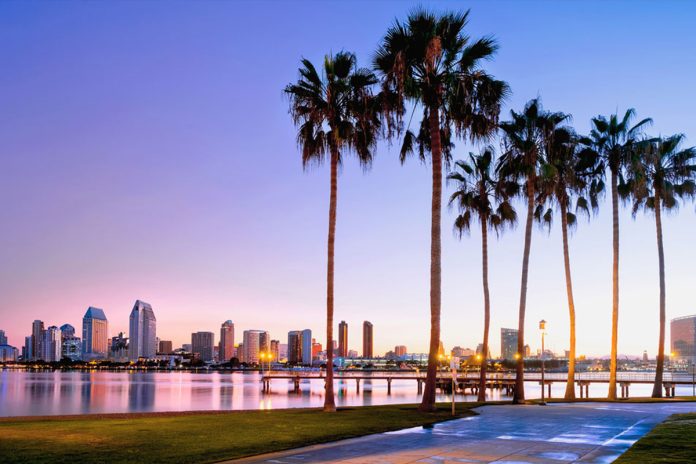 In a sign of the bruising, expensive fight to come, two Native American tribes are coming out in support of a newly qualified ballot measure to allow online sports gambling — instead of a separate gaming measure backed by dozens of other tribes.

On Wednesday, two tribes — the Middletown Rancheria of Pomo Indians and the Big Valley Rancheria Band of Pomo Indians — will announce their support for the online gaming measure that proponents call the Californians for Solutions to Homelessness and Mental Health Support Act.

Backed by commercial operators including FanDuel, DraftKings, and BetMGM, the measure would legalize online sports betting in California, with 85% of the revenue going toward housing for the homeless and mental health services. The rest would go to the Indian tribes that will be partnering with major gaming operators in running the operation.

On Tuesday, Secretary of State Shirley Weber announced that the measure had gathered enough valid petition signatures to be eligible for the ballot in November. A report from the state’s nonpartisan Legislative Analyst’s Office said new tax revenue from the proposal “could reach the mid-hundreds of millions of dollars annually.”

“We’re supporting the Solutions Act because it gives us an opportunity to protect our sovereignty and also create opportunities for economic wealth for the next seven generations for our tribe,” Jose “Moke” Simon, chair of the Middletown Rancheria of Pomo Indians, said.

“It also helps the state of California deal with some of the biggest problems that it has here, that is affecting every community, which is homelessness and mental health issues,” said Simon, who stars in a new online ad for the proposal.

It is a sign that what’s expected to be California’s most expensive ballot measure battle ever is heating up. Analysts have predicted that more than $300 million could be spent between the warring parties. That’s far more than the $224 million spent by both sides over 2020’s Proposition 22, which asked voters to decide whether app-based transportation and delivery drivers should be classified as independent contractors.

Both sides believe that the jackpot that awaits is worth it: California’s estimated sports gaming market is estimated to be around $3 billion. At least.

A proposal supporters call the Tribal Sports Wagering Act, which is backed by dozens of Native American tribes, already qualified to go before voters in November. It would allow only in-person sports betting to occur only at tribal casinos and qualified horse racetracks. Proponents say they have secured the endorsement of roughly one-third of California’s 109 Native tribes.

Kathy Fairbanks, a spokesperson for the Tribal Act, said that measure represents a more responsible approach.

“It’s allows sports betting to patrons over 21 and older. You have to be there in person, show your ID, people can look you in the eye and make sure that you match the ID in front of you,” Fairbanks said.

“That’s what this is going to come down to do for consumers,” said Iden, a former Republican Michigan state representative who is now head of government affairs at Sportradar, a sports technology company that provides data and content to the betting industry. “Do I need to walk into a sports book to place a wager, or can I do it from a mobile device anywhere in the state?”

Proponents of the online-only measure touted Wednesday’s endorsement from two smaller tribes as a sign that all of California’s Native tribes aren’t fully on board with the in-person-only measure.

Simon, from the Middletown Rancheria of Pomo Indians, which operates the Twin Pine Casino and Hotel in Middletown (Lake County), said the online proposal helps smaller tribes that are far from major population centers. If sports betting were confined to only in-person betting at tribal casinos and racetracks, casinos like the one his tribe operates wouldn’t see much uptick in foot traffic.

“We are looking to obviously move into e-commerce, and this gives us an opportunity to do that,” said Simon, who is also a Lake County supervisor.

But Fairbanks, who represents the in-person proposal, discounted the impact of a few tribes supporting the online proposal, noting that more than 60 tribes oppose it.

“The vast, vast majority are opposed to the (online) measure, and we will make sure that voters are aware of that,” Fairbanks said.

Iden, of Sportradar, said it “isn’t surprising” that some smaller tribes are partnering with the commercial operators. He has seen that happen in other states, including Michigan, where he served. The California online gaming proposal requires a commercial operator to be paired with a Native tribe to be able to enter the market.

Iden said that sort of partnership model has been used in other states “where commercial operators enter the market through a tribal brick-and-mortar operation. Traditionally, smaller tribes really benefit from that because of the money that’s involved.”

The larger question will be whether Californians — particularly the younger generation of digital natives who grew up doing many of life’s activities online — will support a measure that would force them to travel to a casino or racetrack to legally bet on a sporting event.

“That is a huge challenge because everything is really online these days,” said Geoff Zochodne, who covers the gaming industry for Covers, an online site. “That’s where the customer is increasingly located for all businesses.”

Fairbanks didn’t dismiss the tribes pursuing online gaming in the future but said that the current online measure isn’t the way to go “at this point in time.”

“Maybe technology will change. But right now, there’s no 100% foolproof way to ensure that kids under 21 aren’t gambling,” she said.

Iden said the real challenge will be for voters, who will see a blizzard of competing ads. Some ads opposing the online-only proposal have been running for weeks online and on TV — even before the measure officially qualified for the ballot.

“The real question becomes how much confusion is created by these two initiatives,” Iden said. “If you’ve got lengthy ballot proposals that you have to sit there and read, you sort of question whether or not people just get confused and they vote no on both.”