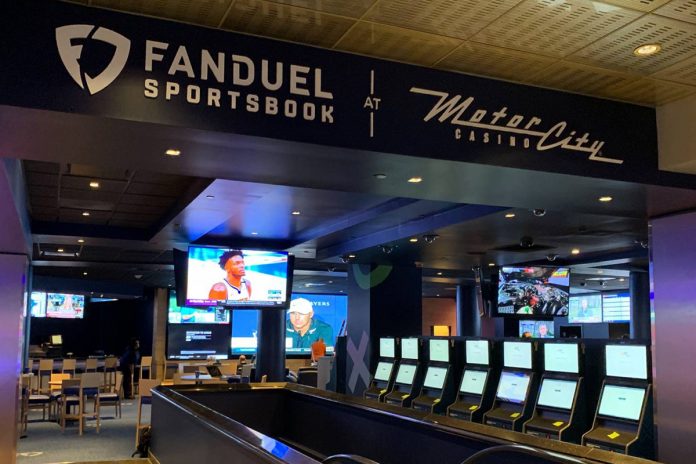 Michigan’s online and retail sports betting volume rose slightly in June but remained relatively low as sportsbooks continued to slog their way through the summer slowdown. But with the first significant jump in taxable revenue and an online casino industry that remains a reliable revenue generator, the industry has much to look forward to when summer turns to fall, according to PlayMichigan, which analyzes and researches the state’s regulated online gaming and sports betting market.

“Michigan’s sportsbooks grew so quickly from January through March that the slowdown that has followed might feel more dramatic than the reality,” said Jessica Welman, analyst for the PlayUSA.com Network, which includes PlayMichigan.com. “Sportsbooks remain in excellent position for a ramp up when football season approaches. Until then, they will have to rely on opportunities such as the Olympics and the NBA Finals to stoke interest.”

April, May, and June are typically three of the slowest sports betting months of the year, but no major U.S. sports jurisdiction has experienced a steeper decline from March’s highs as has Michigan. June’s combined handle is off 32.4% from the record $383.7 million combined handle in March. By comparison, Indiana’s sports betting volume dropped 22.2% from March to June, and Iowa is down 31.1%.

More importantly, though, gross gaming revenue at online sportsbooks rose 28.2% to $24.9 million in June from a $19.5 million total in May. And June’s online sports betting hold of 10.6% for operators was their best for any full month in Michigan. After promotional credits, online sportsbooks produced $16.8 million in taxable revenue, up from $9.9 million. That yielded $1.4 million in state and local taxes from online betting.

“We’ve been waiting for a bump in taxable revenue that led to a real increase in tax revenue, which we finally got in June,” said Matt Schoch, analyst for PlayMichigan.com. “If there has been a disappointment with Michigan’s launch, it’s that tax revenue gains have lagged. So hopefully, this will continue into the fall, when we know revenue from sports betting will make a big leap forward.”

FanDuel topped the online market in June with a $77.3 million handle, up from $71.2 million in May. That led to a market-best $10.3 million in gross sports betting revenue, up from $9.3 million. June’s action produced $8.1 million in taxable revenue.

The online market leaders were followed by:

FireKeepers reported $656 in handle and $299 GGR from a soft launch in June. The platform was released widely in July.

“FanDuel really opened up a significant market share lead, which will be difficult for any rival to overcome,” Schoch said. “WynnBet is taking on an aggressive marketing strategy, including a deal with the Detroit Lions announced last week. This could spark other smaller operators to take a more aggressive posture, too, which would ultimately be good for bettors.”