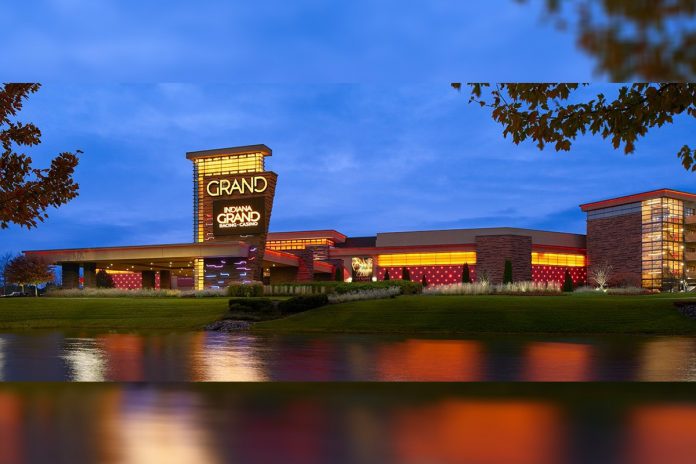 Caesars Entertainment has announced a $32.5 million expansion to its Indiana Grand Racing & Casino. Construction is set to start on April 1 and the project is expected to be completed by the end of the year. The expansion is expected to create more than 100 new casino jobs.

Currently, Indiana Grand has about 100,000 square feet of gaming space. The 25,000-square-foot expansion will provide space for 100 new slot machines and 25 additional gaming tables. The project also will add a 5000-square-foot World Series of Poker room with 20 tables and a 20-seat video poker bar.

Prior to January 1, the state’s two horse track racing casinos were only allowed to have computer dealers, as opposed to live dealer table games.

“Since the implementation of table games in early 2020, we have looked forward to expanding our gaming operations. This growth will allow us to accommodate more guests and add more talented team members to the Indiana Grand family, and with the addition of a state-of-the-art Poker Room, we will expand our casino offerings to include some of the most notable programs in the United States, including World Series of Poker,” Rich said in a written statement.

Caesars, which was acquired by Eldorado Resorts earlier this year, owns and operates Indiana Grand. The merged company operates under the Caesars name.