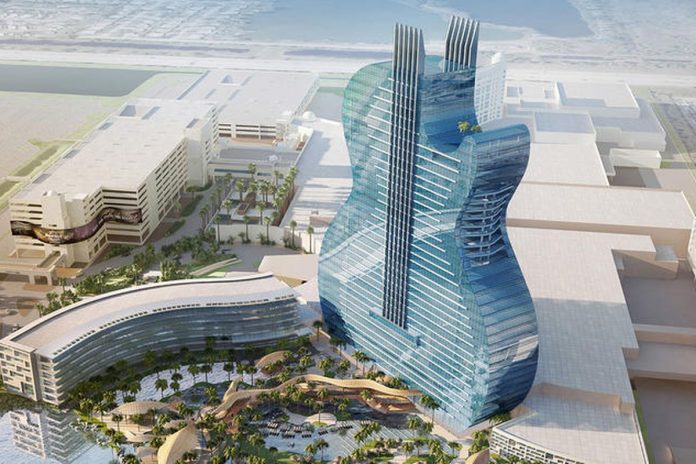 Seminole Hard Rock Support Services®, an organization created to provide support worldwide to hotels, casinos and cafes for Seminole Gaming and Hard Rock International, announced today the appointment of Keith Sheldon as the new President of Entertainment. In this role, Sheldon will oversee and direct the entertainment function for Seminole Gaming, an innovative gaming industry leader, and Hard Rock International, a globally recognized music, entertainment, leisure and dining brand.

Sheldon most recently held the position of Executive Vice President of Programming and Development at BSE Global, where he led the development of content opportunities and special events at Barclays Center. He also played an integral role in the planning, development and programming of both Nassau Veterans Memorial Coliseum and Webster Hall.

“Keith Sheldon has a proven track record of success and an impressive list of accomplishments from his previous endeavors that will set him apart in this role at Seminole Hard Rock Support Services,” said Jim Allen, Chairman of Hard Rock International and CEO of Seminole Gaming. “We are excited to welcome him to our team and are certain he will continue to leverage his expertise in the entertainment industry to provide unbeatable experiences that our fans will enjoy for years to come.”

At the young age of 13, Sheldon secured his first job booking events and parties at a children’s museum, which sparked his excitement for the industry. After booking club venues following law school, he found continued success in leadership roles at AEG Facilities and BSE Global. With BSE Global, he repeatedly amplified Barclays Center’s booking volume each year by securing iconic stars such as Bruce Springsteen, Barbra Streisand, JAY-Z, Ed Sheeran, Madonna and Justin Bieber. Sheldon was also named to Billboard Magazine’s 40 Under 40 in 2016 and was a finalist for Pollstar’s Venue Executive of the Year in 2017, 2018 and 2019.

With venues in 76 countries spanning 256 locations that include owned/licensed or managed Hotels, Casinos, Rock Shops® and Cafes – Hard Rock International (HRI) is one of the most globally recognized companies. Beginning with an Eric Clapton guitar, Hard Rock owns the world’s most valuable collection of music memorabilia at more than 83,000 pieces, which are displayed at its locations around the globe. In 2019, Hard Rock International was honored as one of Forbes Magazine’s America’s Best Large Employers, Forbes Magazine’s Top Employers for Women and No. 1 in J.D. Power’s 2019 North America Hotel Guest Satisfaction Study among Upper Upscale Hotel Chains. In 2020, Hard Rock was honored as one of the Best Employers for Diversity by Forbes Magazine. Hard Rock destinations are located in the world’s greatest international gateway cities, including its two most successful flagship properties in Florida and home to the world’s first Guitar Hotel® in South Florida, where its headquarters are located. The brand is owned by HRI parent entity The Seminole Tribe of Florida. For more information on Hard Rock International visit www.hardrock.com or shop.hardrock.com.

Seminole Gaming manages seven Florida gaming locations for the Seminole Tribe of Florida, including the Seminole Hard Rock Hotels & Casinos in Tampa and Hollywood, Fla. Seminole Gaming has long been recognized for its industry innovations and success. It was the first Indian Tribe in North America to open a high-stakes bingo hall and casino, which debuted in 1979 and became the forerunner of the Indian Gaming movement.