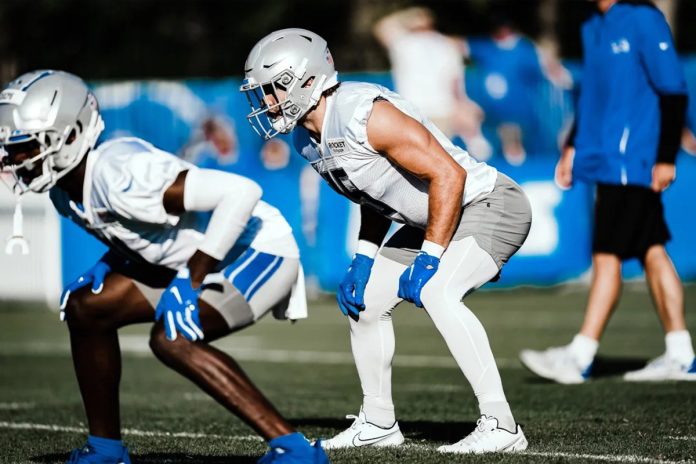 The Detroit Lions announced a partnership with Soaring Eagle Casino and Resort which includes presenting partnership on the upcoming “Inside the Den” television specials, weekly “Inside the Pride” episodes for the 2022 season as well as Power Hour presented by Soaring Eagle Casino and Resort at Ford Field on Detroit Lions gamedays.

Power Hour presented by Soaring Eagle Casino and Resorts will continue to feature Spin It to Win It and Roar-aoke, now with prizing on behalf of Soaring Eagle, including a free night stay at their property, free play, concert tickets, resort credit, and more. A Fan Cave on the 300-level concourse and a sweepstakes during the preseason for a chance to win an on-field experience at a 2022 home game are other fan-facing elements of the partnership.

Soaring Eagle Casino and Resort will also be the presenting partner of “Inside the Den” on the newly created Lions TV Network. The popular digital series, which delves into the behind-the-scenes stories within the Lions organization, will come to life for the TV audience through three installments during the off-season. The first begins airing this week on Lions TV Network affiliate stations and the following two specials will air during the weeks of August 15 and September 5.

“It’s exciting to not only debut the Lions TV Network in its latest iteration, but to kick it off with such an engaging and fan-focused partner as Soaring Eagle. We are looking forward to continuing to evolve our television content this season and beyond,” Carl Moll, Director of Broadcasting at Detroit Lions, said.